The keynote speaker for the Wind and Wildlife stream at this year’s conference is Manuela Huso, a statistician from the United States who specializes in experimental design and the application of generalized linear mixed models to address ecological questions. Her keynote will concentrate on the impact of wind generation on wildlife internationally and she will present in depth on her statistical research in the wind and wildlife stream. You can see more about Manuela below.

On Monday 14th April wind and wildlife delegates can attend the conference’s exhibition opening. Exhibition booths are available for organisations who would like to have a more tangible presence at the conference.

On Tuesday 15th April the wind and wildlife stream will be in full flow, beginning with the keynotes, including Manuela Huso. We also have a fascinating bunch of papers, those confirmed at present include:

The final aspect to the stream is a facilitated discussion between ecology delegates on the future of wind and wildlife in Australasia. This will be followed by a political forum of Energy Spokespeople from all New Zealand’s major political parties. The day finishes up with the ever popular conference dinner – a great way to network and further discuss what you’ve heard during the day.

Wednesday 16th April begins with a tour especially designed for wind and wildlife ecologists, starting at the West Wind Wind Farm on the exposed south coast of Wellington and ending up at Zealandia: The Karori Sanctuary Experience, a protected natural area where the biodiversity of 225 ha of forest is being restored. The tour will end in time for Australian visitors to make their afternoon flights. 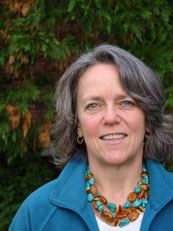 Since 2004, Ms. Huso has been involved in design and analysis of post-construction fatality monitoring studies as well as deterrent and curtailment studies at several wind-power generation facilities. Her recent statistical research has focused on developing estimators of turbine-caused fatality, both for understanding general patterns of fatality in large groups, e.g. passerines or bats and also for the problematic case of rare and endangered species.

She has developed user-friendly, publicly-available software to help managers design monitoring protocols and estimate site-specific fatality. In addition, she is exploring approaches that will increase the efficiency of monitoring thus reducing the financial burden imposed on industry without sacrificing precision of the estimated fatality. Her current ecological research looks at predicting fatality from weather variables, investigating the hypothesis that some bat species might be attracted to wind turbines, and the testing the potential for reducing bat fatality through deterrent or other adaptive management techniques.

More information on the conference, including special registration rates for Wind and Wildlife delegates can be found here.